A Temple for Tomorrows by John Jeffire (2021)

John Jeffire will release his upcoming collection, A Temple for Tomorrows (2021). John was Aquarius Press’ first “Living Detroit Series” poet and will be our final Detroit poet published after 22 years.

Hustler. Rough beast. Teacher. Right out of the gate John Jeffire’s book shrieks. This puzzle is an homage of blood, family, war—shake downs, masques of shame, rotary phones, doing time. Its pieces are innumerable—chaos, surrender, soul, both penniless and proud; they are abandoned motels, saving face, steel and bone. They whisper Johnny Ace and a Wonder Woman. Detroit, America—eat your heart out. A Temple for Tomorrows kicks ass, takes names. At its core is an inimitable heart.

Akashic Diaries is an “atmosphere,” where readings are daily testimonies of what is happening around and beyond the writer in Detroit during this crisis.

Produced with the support of Transcultures Europe –Pepinieres of Creation in the framework of No Lockdown Art project.

Fun Fact: The Story behind the “Dick Brown” Title

The cookbook’s title is named the book for McCants’ quasi-alter ego, Dick Brown. McCants received the name from one of the star players of the Bad Boys Pistons®. McCants recalls the humorous naming story within the cookbook.

AQUARIUS PRESS is an industry leader in publishing and digital production. The press is known for its excellence in developing bestselling authors and book-to-screen studio projects.

We have two subdivisions:

Willow Books (www.WillowLit.net) develops, publishes and promotes many of the nation’s top poets and writers of color.

AUXmedia is the “Next-Gen” platform for film, television and podcast productions.

We accept submissions via SUBMITTABLE.

Letters That Moved My Father by Romayne Kazmer (2020).

International traveler Romayne Kazmer has just released a memoir of her adventures as a young woman abroad in 1959/60.  Letters That Moved My Father is dedicated to her loving parents who supported her exploration of the wider world. MORE

NEW from the Willow Books Division

I would like to hope that Raising King, my new collection of poems, might offer ways to reflect and act to create a more just America. –From the Author

A new line of authors sharing insights and best practices for the public good. 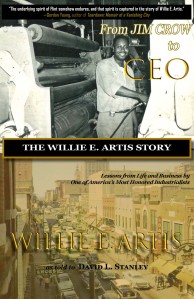 From Jim Crow to CEO: The Willie E. Artis Story 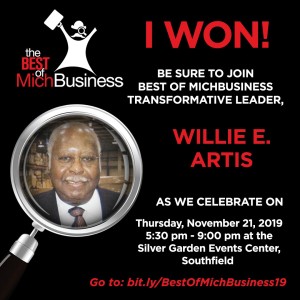 Featuring stories about the city of Detroit by those who know and love it best. True stories, short fiction, dramatic readings and so much more, all for your listening pleasure each week. And of course, there is no Detroit without a good Motown story or two.

Tune in, sit back and enjoy every week as we reminisce—and dream—about the future of Detroit.

Nominated for nearly sixty Detroit Music Awards in recent years, Carolyn Striho is a two-time Outstanding Rock/Pop Songwriter of the Year winner. Other big award wins include Outstanding Americana Album of the Year 2014 for Word Attack and Outstanding Rock/Pop Album of the Year for Honesty. Besides her infamously charismatic live shows at many festivals, clubs, and art galleries in the Midwest and Canada, she has five tours of Europe under her belt, as well as a two-month stretch in Japan, opened for Steve Earle in England, and has performed in Detroit, Toronto and London with Patti Smith. Carolyn is best known for her new music and catchy, magically intense live shows and songwriting. Her live performances with her latest band, her legendary shows and writing fronting the well-known Detroit Energy Asylum band, with Patti Smith, and her punk/art rock years with Rough Cut and the Cubes, as well as performing with Don Was and the Was Not Was Band, Iggy Pop, the Ramones and the Slits. 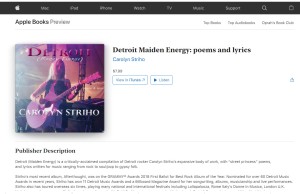 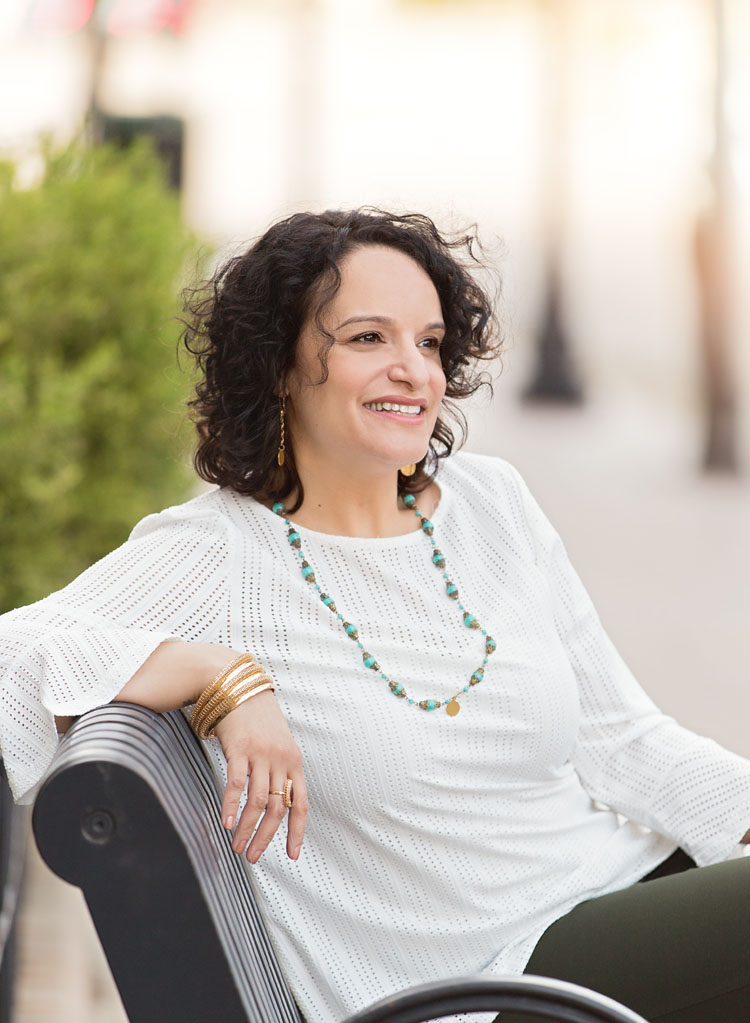 Congrats to our recent honorees at the Smithsonian! 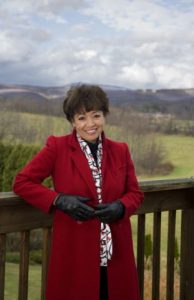 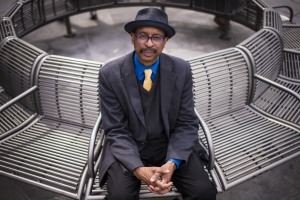 To date, Aquarius Press titles have been presented in far-reaching locales, including Manila, Philippines and Rwanda, Africa.

Aquarius Press, now in its 21st year, publishes trade, academic, and special interest titles. Key partnerships have been formed with several universities, libraries, governmental agencies, and literary organizations. Several titles are included in numerous library collections, including the University of Michigan Special Collection, Poets House in New York, and the African Libraries Collective. The flagship imprint, Willow Books, was co-founded with Dr. Randall Horton in 2007 with a mission to develop, publish, and promote writers of color. In addition to publishing and providing professional development opportunities, Willow has created a platform for its authors to engage with the public through workshops, conferences, digital streaming broadcasts, and public readings in the U.S. and abroad. Signature events include the annual LitFest (Seattle, Chicago, Minneapolis, Los Angeles, San Antonio, D.C. and New York) and its Literature Awards. The press has active roster of 50+ single-title authors and has published over 10 anthologies and journals containing the works of hundreds of poets and writers. An industry leader, the press is known for its excellence in design, content and development of award-winning authors and fellows.

Society for the Study of Midwestern Literature (SSML)

About the Owner & Publisher:

Heather Buchanan is an award-winning publisher and producer.

A 2020 Presenter for the National Humanities Conference, Heather Buchanan is the owner/publisher of Aquarius Press and its flagship imprint, Willow Books. A graduate of Wayne State University and the University of Michigan-Dearborn respectively, she was a NIH Research Fellow in Cognitive Science. Buchanan has taught Composition, African American Literature, World Literature, Film Studies and Digital Rhetoric at several colleges and universities. An arts consultant, Buchanan is a former Poet-in-Residence for the Detroit Public Library system and served on the Board of Governors for UM-Dearborn’s College of Arts & Sciences Affiliate. A musician and playwright, Buchanan served as COO of the Wayne County Council for Arts, History & Humanities in the state of Michigan. She is a 2020 SAM Career Pathways specialist.

Buchanan is also the founder of AUXmedia, a creative arts studio headquartered in TechTown Detroit. www.AUXmedia.studio

Currently producing a book and film project based on the archives of Flint millionaire CEO and Obama Administration business resource Willie E. Artis, Buchanan is the Executive Producer of the upcoming Sundance Institute-supported Solomon (2020) and Hastings: The Podcast Series (2020). She is also developing a series based on the bestselling Hook, featured on C-Span. Buchanan is developing the feature film Pure Land (2021). She is also the producer of the Kim B. Davis Show.

A Humanities scholar, Buchanan received a Proclamation from the City of Detroit. She currently consults with the Arts & Business Council of Chicago. 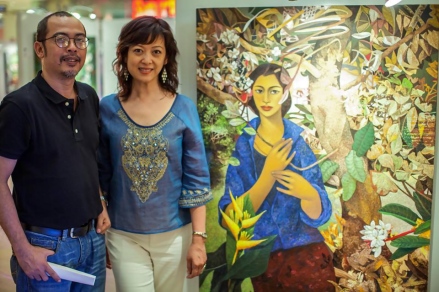 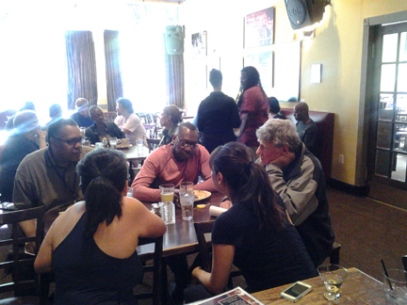 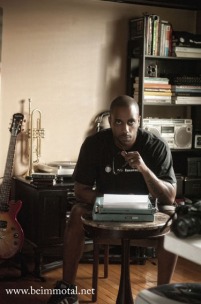 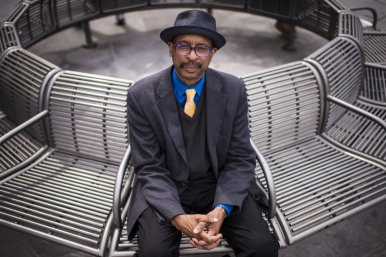 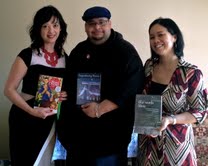 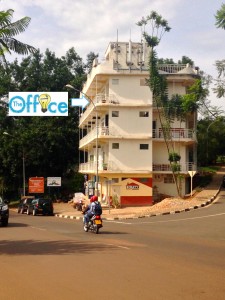 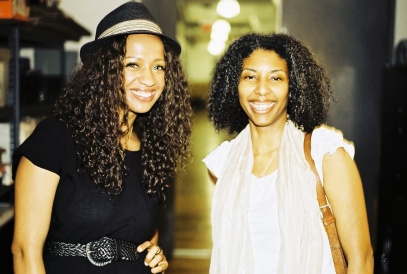 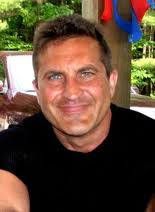 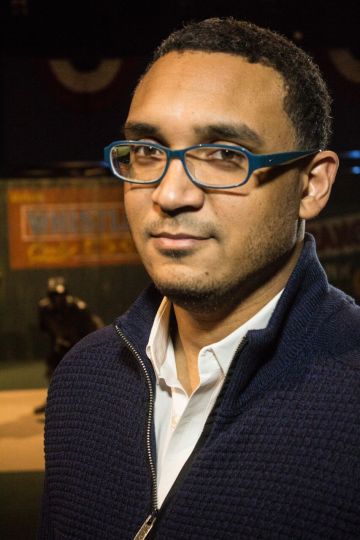 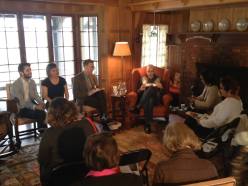 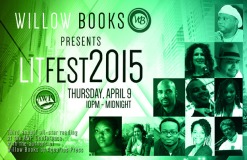 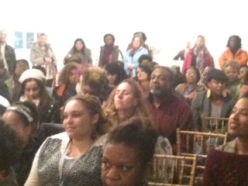 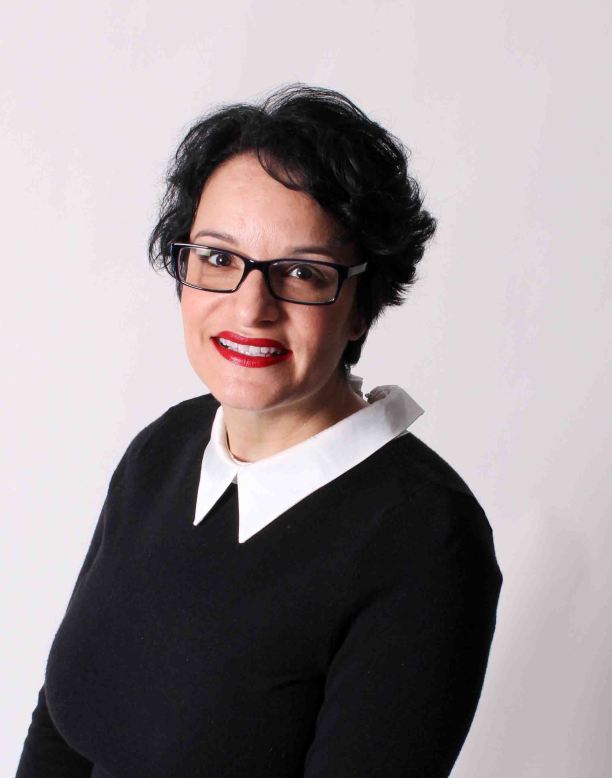